The ongoing development and rollout of pro-cannabis legislation in Europe appear to be five to ten years behind that of North America. It’s a long process, and while some European countries have legalized cannabis use, others have not.

This creates an interesting dynamic in which nations that have not yet legalized cannabis find themselves policing the transit of cannabis from nations with laxer cannabis laws. Throughout Europe, officials in government and commerce are decrying the challenges posed by this uphill campaign as the number of consumers growing cannabis at home sees significant increases year over year.

Although cannabis legislation in Europe has been sluggish to develop, we have seen some movement that implies a continued expansion in the near future. Here are seven countries that are making strides toward cannabis legalization.

Germany has also just declared plans to legalize adult-use cannabis, while detailed rules are still being worked out. Given the possibility of Germany becoming the first European country to legalize the sale of adult-use cannabis, the country has the potential to become one of Europe’s largest importers and distributors of cannabis.

While cannabis is primarily banned in Spain, cannabis clubs are widely allowed, and the country is one of Europe’s top cannabis growers. However, legislation to legalize medical marijuana in Spain has just been introduced. Therefore, it remains to be seen whether the idea will be successful.

France authorized medical cannabis in 2022 and has been conducting medical trials since 2021. However, movement on the adult-use front remains glacial.

At the moment, neither medical nor adult-use cannabis are legal in the United Kingdom.

Although London’s mayor, Sadiq Khan, recently established a drug commission to examine legalization, there has been little progress.

Malta, a tiny island republic, was the first in the EU to legalize adult-use cannabis on December 14, 2021. The legalization permits up to four plants to be grown at home but does not allow for public usage or carrying more than seven grams of cannabis. Nonetheless, it is a historic step that could influence progress in other European countries.

The Future of Cannabis in Europe

In some aspects, Europe’s approach to cannabis is similar to that of the United States, with some countries legalizing it and others not, much as some states have legalized it and others have not. To better manage black market operations, the EU will almost certainly need to step in and establish preliminary rules governing international commerce and transportation. Setting strong regulatory requirements would aid in reducing black market growth and establishing more sustainable cannabis initiatives in Europe. 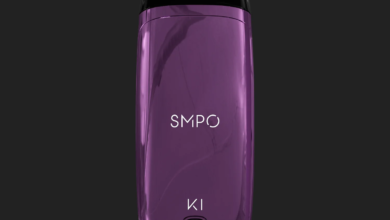 Why Mesh Coil Vape Products In SMPO Are Best